It’s been months since I last wrote a posting…I’ve been just too busy with our change of lifestyle.  In December we left Ponsonby for Portobello. Not only did we move from one end of New Zealand to the other, we moved from inner city living to 50 acres (20 hectares).  Now I’m back online …with a spicy sauce recipe.

It’s always good to look into your pantry and come up with a meal without having to go shopping.  While packing up in Auckland a timely Radio NZ National interview with Grace Rameriz allowed  me to utilise the cans of beans and rice I had squirrelled away in my pantry in an interesting way.

The Chimichurri herby salsa especially sparked my interest.  This sauce is linked to the gauchos (cowboys) of Argentina.

Gauchos would cook over a wood fire with little more than salt and a few herbs to season their meat.  There are many variations to this recipe in Argentina so it’s a sauce you can treat as a base and add to or use however you like. 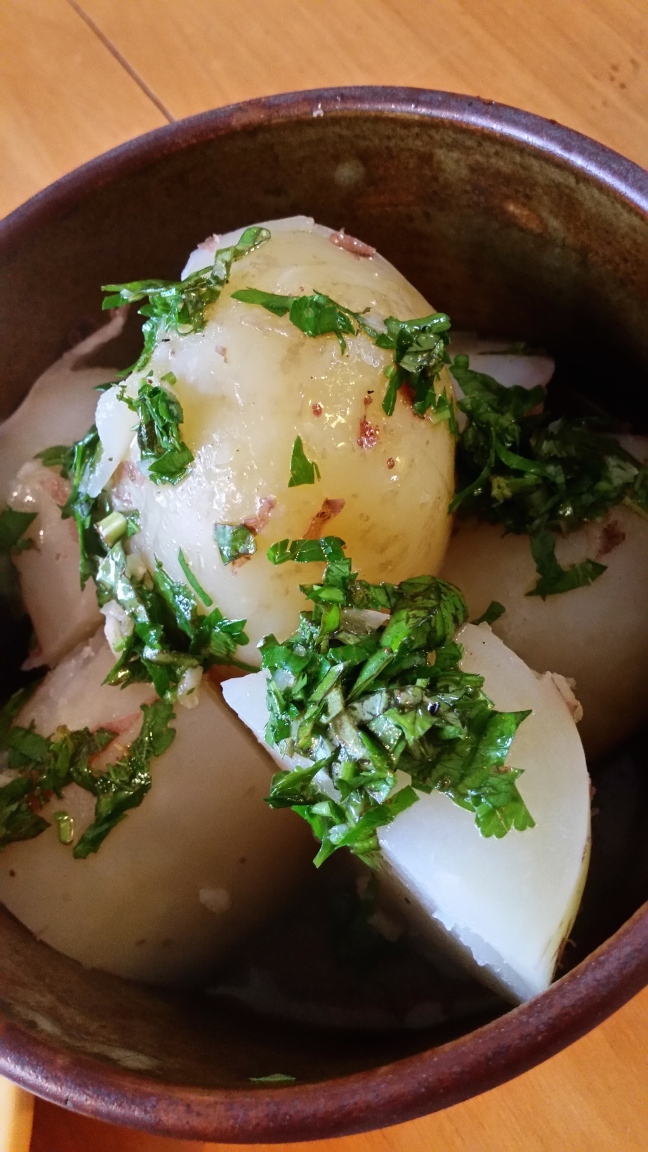 Traditionally Chimichurri Salsa was used to add flavour and freshness to proteins (chicken, beef, fish, pork) without overpowering them but I’ve also used it to add an extra zing to simple flavoured vegetables like boiled new potatoes or aubergine and zucchini. 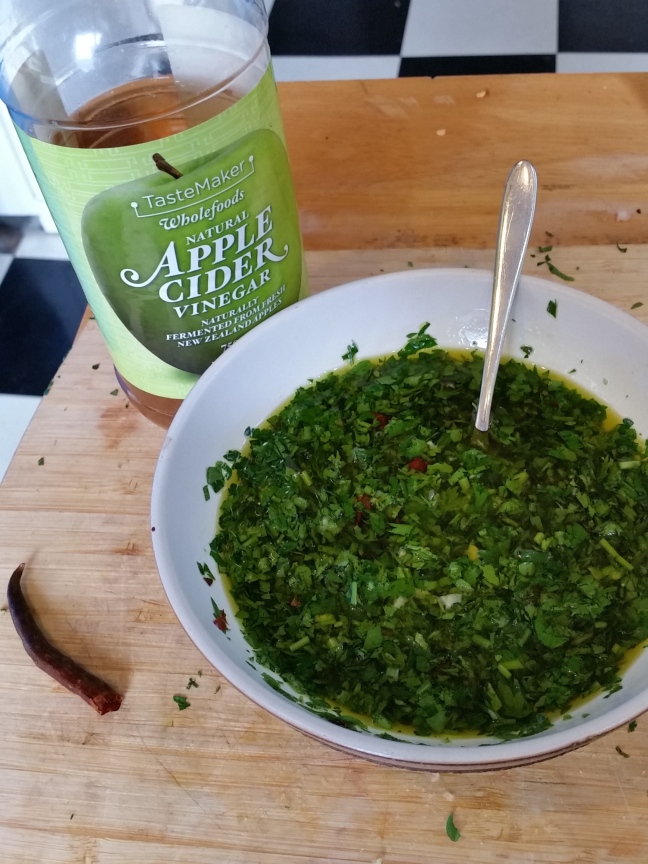 First of all I crush the garlic cloves in a little rock salt.

You can use whatever combination of herbs you like.  With lamb I tend to use a mix of parsley and mint instead of the marjoram. Finely chop the herbs and then crush a little to extract the oils.  Often dried oregano is used but I tend to use fresh.

You can also add ground cumin if you want an added earthy flavour which works well with vegetables like carrot or beetroot. Dried  or fresh chilli adds a punch.

Then simply stir in the oil and vinegar (twice the measure to the vinegar). Ideally let it sit for at least 30 minutes before using so that flavours will develop.

I call it Gaucho Sauce (correct name Chimichurri Salsa) because its memorable and evokes working and living outdoors.  It’s more of a sauce consistency than the chunky salsas we recognise in New Zealand, but then salsa in Spanish does mean sauce. Add some chopped tomatoes or peppers and it will be more chunky.

Peter and I have been spending long days working outside and having Gaucho Sauce on hand that can keep in the fridge for up to 5 days makes a simple meal a little bit special.